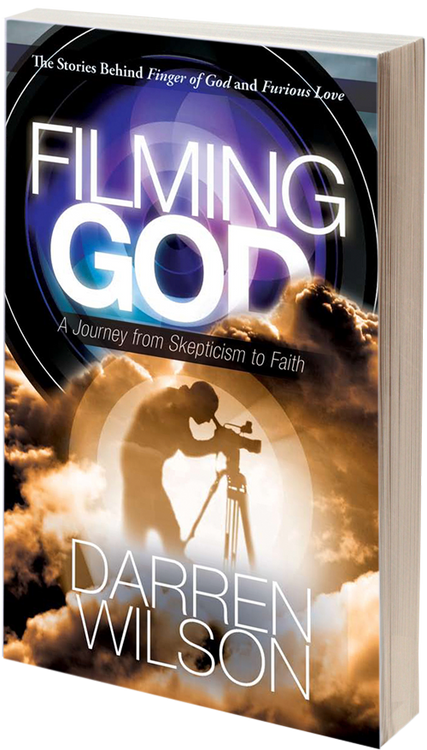 Read one chapter for FREE!

For the first time, Darren Wilson reveals the inside story of the making of his two groundbreaking films, Finger of God and Furious Love. In his easygoing style, Darren will take you on the same journey that led this skeptical college professor into a world filled and surrounded by God’s limitless love and power.

All he did was say yes. Conceived, produced, and edited almost entirely through the direction of the Holy Spirit, Darren Wilson's first feature film, Finger of God, went on to be a massive underground almost entirely through word-of-mouth. His follow up film, Furious Love, has been shown in thousands of churches around the world. Now for the first time, Darren reveals the incredible stories behind the making of these two, groundbreaking films. In his easygoing style, Darren will take you on the same journey that led this skeptical college professor into a world filled and surrounded by God's limitless love and power. You will read about encounters with angels, demons, and the supernatural realm. Meet many of the people Darren has filmed over the years, and hear about their incredible stories of miraculous escapes, extraordinary encounters, and hearing the audible voice of God. Experience for yourself what happens to a "normal" man who simply says yes to God. You may even say yes yourself.

"I don't remember the last time I had so much fun reading a manuscript, while at the same time being so challenged about my own life. Darren Wilson writes as he talks—very honest and upfront, almost raw, yet inviting and extremely insightful. I found myself laughing out loud, saying to my wife, "You've got to hear this," and yet in the next moment, re-examining my own journey with God."

"Rarely will a book hold my interest that I read it in one sitting, but this one did.  Darren's story was captivating."

"Darren Wilson's book, Filming God, is outstanding. What I love most about both Darren and this book, is that both represent "realness". Filming God will stir you and help you to believe that the Lord can do anything through you if you simply yield to his purposes. Darren paints a beautiful, clear picture of his journey into filming God's stories, and I love his humor too."

"I love Darren's story because he is so blantantly honest. The greatest skeptic will believe him as he deals with angels, miracles, and outrageous God exploits. Tighten your seat belt and get ready for an amazing God adventure that will expand your vision of God."