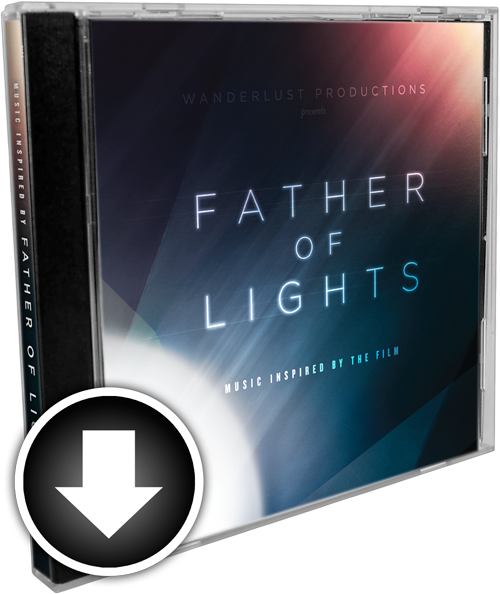 Father of Lights: Music Inspired by The Film Download

This album contains a variety of artists, voices, and styles, yet all point to one thing: the Father. Whether from Him to us or from us to Him, these songs seek to reveal the greatness and majesty of our God. The Father of Lights.

Darren Wilson’s film trilogy, Finger of God, Furious Love, and Father of Lights, have impacted countless thousands around the world, and this “soundtrack” to the final film in the trilogy brings together a variety of voices and artists who have been impacted by these films. Featuring both new music and “re-imagined” songs, Father of Lights explores the dynamic relationship of a Father and His children. From the soaring Coldplay-inspired theme song by Jesus Culture, to acoustic rock (“The Father”, “Jesus Set Me Free”, “Call Me Faithful”), hip hop (“Still Undefeated”), and U2-like arena anthems (“Wonderfully Made”, “We Are Waiting”), Father of Lights has something for everyone. These are Spirit-drenched songs inspired by a Spirit-drenched film. While we are all different, we have but one Father.